In Shanghai, the People’s Police have lost the people’s data, in what experts this week feared is one of the largest cybersecurity breaches anywhere: unknown hackers claim to have stolen data on as many as a billion Chinese residents.

That’s deeply worrying for Xi Jinping, master of a data-hungry surveillance state likely without parallel in human history, and a leader who has demanded national security top every official’s agenda.

Another cause for worry involves the People’s Currency, the renminbi, after a series of bank runs in different Chinese cities during June.

The causes vary, and, we should stress, that there are no valid reasons to suggest that these incidents might lead to the collective collapse of the banking system in the foreseeable future.

But in the People’s Republic of China, whose citizens have no chance to express views through the ballot box, domestic bank runs can signal falling confidence in the system Xi tops. Worn down by endless Covid controls, many middle-class Chinese want to copy the elite and get out, but this year authorities have responded with tighter than ever travel restrictions.

Here Enodo considers whether these developments remain isolated incidents, or represent a trend investors should watch. Is Xi losing the public’s faith in the system?

There’s a run on the banks!

China’s ranks of social-media users, as well as Western experts on the world’s second largest economy, have been rattled since early June by verified stories about variations on a bank run. They occurred at financial institutions in cities ranging from metropolises such as Shanghai and Shenzhen to towns in relatively under-developed Henan and Liaoning provinces.

Authenticated reports indicate that not just institutions in the shadow economy but major state-owned giants such as the Bank of Agriculture are putting restrictions on the freedom of depositors to take out cash.

Some banks issued quotas regarding the number of customers they will serve each day. Others, such as the Agriculture Bank in Shenzhen, put arbitrary limits on the amount of funds a customer can withdraw, such as a meagre Rmb1,000 each day.

“The scope of the bank scandals where bank officials embezzle and steal funds from depositors is alarming, and what is exposed could only be the tip of the iceberg,” warned Frank Xie, a US-based expert on Chinese business. “Many people lost their lifetime savings because of this and [if] more incidences like this take place, and [if] a bank run is met with a government crackdown, social unrest will be the only end result,” Xie told CNN.

Many thousands of depositors nationwide were shocked to discover they were locked out of their money from mid-April. Four rural banks in central Henan province, and two in neighbouring Anhui, had stopped, without warning, all online withdrawals and transfers. The banks were:

[NB: these are the English names used on their websites]

The move triggered panic and protests, including by hundreds of angry depositors who in May travelled to Zhengzhou, the Henan provincial capital, to protest outside the office of the banking regulator, and demand their money back. Without success.

The national regulator announced an investigation into Henan New Fortune Group, a shareholder of four of the banks, for illegally attracting money from savers since 2011 “through internal and external collusion, the use of third-party platforms, and fund brokers.” Tens of billions of Rmb are at stake, reported Bloomberg. A number of suspects, and an unspecified amount of assets, have been seized. The investigation remained ongoing in early July.

This local mess became a nationwide scandal in June, and not just because the duped depositors were spread across China. Officials in Henan got creative when they learned that people planned to travel and gather for another protest about their frozen bank accounts. The wannabe protestors soon found that the all-important health code apps on their smartphones had turned red, forcing them to quarantine at home.

The QR code forms a key part of China’s control measures to stop Covid transmission. From train stations to malls to tourist sights, many public places require citizens to scan their code – and a red code means you shouldn’t be out in public at all. (In the near future, will governments everywhere restrict us all like this?)

In the Chinese present, public disapproval proved so strong that the Party was obliged to investigate.

Five people were quickly (if mostly mildly) punished, including four Henan officials, for abuse of power in relation to Covid protocols. Their actions had “seriously damaged” the reputation of health code apps, and “brought negative effects to society”. In a bid to reduce the province’s scandal and protest count, Liu Rong, a former official at the top banking regulator, has just been appointed to oversee all financial regulatory work in Henan.

Shenzhen: No prizes for why this went viral. Video of a bank customer in Shenzhen being limited to Rmb1,000 in withdrawals from the Agricultural Bank of China circulated widely online (21 June). The bank blamed a software glitch involving anti-fraud measures agreed with police to improve data matching based on customer history.

Shanghai: Banks in China’s financial capital recently stoked fear by shutting their ATMs, causing long queues of people forced to enter branches to do their business. Media reports blamed Covid control measures for causing a major backlog. After the city’s two-month lockdown, too many retirees, many of whom still distrust online banking, tried to withdraw money, emptying ATMs and crowding branches.

Nanjing: In early July, a sizeable number of customers in the Bank of Nanjing began worrying about the “safety” of their deposits after web-based hearsay surfaced that the state-run bank was running into money problems. Speculation multiplied as the president of the bank resigned and the bank announced that it is using a new official chop. Local police claimed that the rumours were not true and at least one person was arrested for spreading misinformation.

People are on the run too

Since early this year, immigration and police authorities have discouraged (and sometimes banned) people from leaving China, even though would-be travellers bear valid passports, visas and Covid certifications. In mid-May, amid a Covid surge, the government said it would impose tight restrictions on “non-essential” overseas travel for its citizens to stop infections crossing the border.

“A permanent curb on passport issuance and outbound travel fits comfortably into a xenophobic policy framework that seeks to deter foreign influence, especially on curious, independent-minded youth,” wrote Adam Minter for Bloomberg. Many young, educated Chinese, accustomed to more personal freedoms than their parents and grandparents enjoyed, appear worn down by Covid controls, and no longer see a future for themselves in China, reported Neue Zürcher Zeitung from Hangzhou and Shenzhen.

They always remained an incredibly tiny minority, compared to other major economies, but now foreigners are leaving in droves, exasperated at zero-Covid policies, forced out by corporate closures, and disturbed by China’s turn inward and its darkening view of non-Chinese people, wrote Brian Klein for the South China Morning Post.

Besides Covid concerns, we believe Beijing designed these additional travel curbs to reduce the number of Chinese travellers to developed economies who are taking forex out of the PRC. The Party is always worried about capital outflow; Covid restrictions helped keep domestic money at home, but what happens now citizens expect restrictions to be relaxed?

Even major SoE banks such as the Big Four have on a case-by-case basis stopped fulfilling the time-honoured regulation that allows a depositor, or their household, to withdraw a maximum of $50,000 each year.

This has happened despite a depositor’s ability to offer previously “valid” reasons such as an acceptance letter for their children from a legitimate US/UK university. More and more ordinary citizens have turned to illegal channels to get greenbacks, resulting in ever higher fees to bribe daredevil money changers to commit these crimes.

From March/April, bank depositors, including customers in SoE banks, who want to withdraw larger amounts in one go, such as Rmb50,000, have been told to withdraw such a “big” sum in stages, and complete pages of forms to justify the withdrawal.

Xi also wants the Communist Party elite to lead by example, and keep their (hopefully legal) treasure at home. A new, internal Party directive bars senior officials from owning property abroad or stakes in overseas entities, whether directly or through spouses and children, the Wall Street Journal reported in May. The move to shed overseas assets is likely also driven by fears of Russia-style sanctions by Western nations.

Xi presided over the 25th anniversary of Hong Kong’s return to mainland rule on 1 July. He gave China’s offshore financial hub a shot in to the arm too, with new products and an expanded Connect scheme.

But Hong Kong’s stock market views an uncertain future, as Xi tightens his grip, and the exodus grows. Between January 2021 and March 2022, 113,742 Hong Kongers were granted UK visas through the British National (Overseas) scheme. Surveys suggest many more will make the move, according to the Welcoming Committee for Hong Kongers, a non-profit.

What does it all mean?

There is no overwhelming data on bank runs or Chinese trying to quit China. But there are reliable, street-level signs that show the country is home to many people worrying whether they can recover their legitimate deposits from state-owned or otherwise “proper” banks – and dreaming of a future elsewhere.

Beijing’s delight in mass data (when not hacked) means ordinary Chinese face increasing surveillance and pressure to stay docile, such as through the social credit system. Most are resigned to submitting to the government, despite the low interest paid by banks as the alternatives can be highly risky.

The smaller Henan banks offered unusually high interest rates – and broke the law by accepting cash from people living in other provinces. Third-party online platforms allowed them to bypass these geographical restrictions and grow their business nationwide, in the manner of China’s nimble e-banks.

As of now, the “bank runs” appear under control. Beijing has a powerful array of hardware and software to maintain order.

In the long run, given Xi’s continued dependence on jacking up economic growth by using debt to finance infrastructure and related projects, China will become even more heavily indebted, and more banks could face traditional runs if a large enough incident sparks widespread worry.

In April and May, the people of the People’s Republic offered 8.54 million “constructive ideas and suggestions” to the 20th Party Congress, the closed-door gathering in autumn 2022 that should enshrine Xi’s pattern-breaking third term as Party leader. They will not play any further part in what Xi calls China’s “whole-process democracy”.

But the public are speaking in other ways, as their fears about banks, and frustrations about bans on movement and limited avenues for investment, suggest a growing loss of faith in the system.

For Xi and co, the dilemmas and challenges of maintaining a one-party dictatorship remain endless, notably the need to deliver enough economic growth to satisfy the masses. No obvious tipping point nears, but investors should watch all these signs on the street. 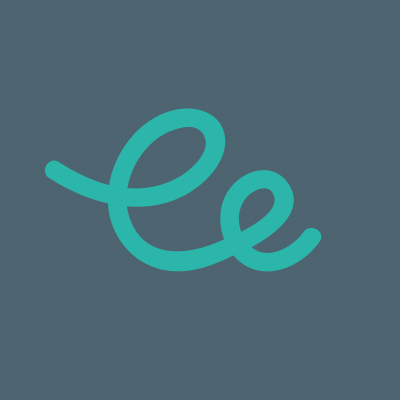 Please allow a few seconds for audio to begin on mobile.