Janet Yellen
US Secretary of the Treasury
Chair of the Federal Reserve, 2014-18
Understanding the Chinese economy is not for the fainthearted. You have to make sense of the data but also be able to put it in the context of industrial policy, Beijing’s political priorities and so on. I liken it to doing a jigsaw without being able to see the picture on the box. Yet that’s what Diana Choyleva does so well in her regular commentary, which I’ve really enjoyed following. And now with the Enodo Economics program she’s put together for edX. Take the courses and you’ll learn not only how to put the various pieces of the China puzzle together, you’ll get to see the whole picture.”

Tim Garry
Chief Risk Officer, Senator LP
Our favorite expert on China is Diana Choyleva who has branched out and started her own research firm called Enodo Economics. We have been reading Diana for years now and have found her balanced calls both accurate and timely.”

Marino Valensise
Head of Multi Asset & Income, Barings
In the many years I have known Diana, she has always demonstrated an uncommon level of intellectual curiosity. This has frequently led to a very distinct opinion and insightful investment research.”

Mervyn King
Governor of the Bank of England, 2003-13
It is increasingly rare to find an economist who eschews the conventional wisdom and is prepared to think for herself. In today’s uncertain world it is a priceless quality. Diana Choyleva is such a person.” 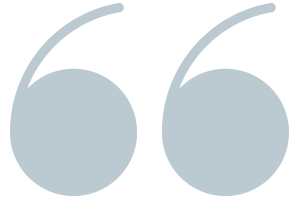 Henry Maxey
CIO, Ruffer LLP
There is art involved in making economics useful to investors. And economics isn’t known as the dismal science for nothing. Which is why Diana’s synthesis of signal from the noise is so valuable. She understood early on the profound impact China would have on the world economy. Her commodity bull market call in 2002 as well as foreseeing the role China played in causing the global financial crisis and its subsequent structural growth slowdown were tremendously helpful.”

Gary Reynolds
CIO, Courtiers
Diana is unusual in that she is both a brilliant economist and a great communicator. Born and raised in Bulgaria, Diana understands that economic decisions have real outcomes for ordinary people. She also has the humility to acknowledge when she is wrong (very unusual) and never boasts about the many things she gets right, which have made our clients a lot of money!”

Orit Gadiesh
Chairman Bain & Co
China matters. Even more than you realise. If you want to thrive and succeed in business, consulting, investing or policymaking you must really understand China and how it shapes the world. This edX programme created by Enodo Economics will help you do just that and stay at the top of your game. It’s rare to find unbiased, thoughtful and practical teaching by great communicators, but this is it. An indispensable guide.”

Taiya Smith
Director, Climate Leadership Council and co-founder/CEO of Phyllis Technologies
I met Diana at the Bloomberg New Economy Forum and she put me on her mailing list for Enodo’s weekly overview of what is going on in China. I find the combination of economic reporting analysis and targeted facts exceptionally useful. There are many places to get summaries of China activities, but Enodo’s weekly overview is the one that I am sure to read!”

Robin Hall
Founder and Managing Partner 1988-2009, Cinven
During my time as Managing Partner of Cinven, Diana Choyleva’s macroeconomic analysis helped me make sense of the world economy and how it impacted our investment decisions. She is unusual in not only possessing great analytical skills but also being able to summarise and communicate her analysis in a very effective manner.”

Izabella Kaminska
FT Alphaville
At the start of 2014, hardly anyone thought that the yuan was overvalued and was likely to go down not up. Diana Choyleva got that important turning point in China spot on.”

Tom Keene
Bloomberg Editor-at-Large
I am always looking forward to talking to Diana Choyleva, now Chief Economist at Enodo Economics. She has carved out an analysis and a perspective on China which has always been of great value, but never more so than now.”

Anthony Hilton
Evening Standard, August 2011
Choyleva grew up in Bulgaria when it was still under Communist rule. She understands how centrally planned economies behave, the constraints under which their leaders think they labour and how they are likely to react to problems and pressures. Her most thought-provoking prediction is that the Chinese growth rate is likely to halve because its export-led growth model has reached its limits but the government is unable and unwilling to embrace the alternative.”

David Kamons
Senior Wealth Manager, Firestone Capital Management
I was cleaning out a bookshelf and found the transcript of a conference that Diana and I attended in Miami in 2008. Rereading it nine years later reminded me how great her insights were then and they are still great. Very much ahead of the curve, focused on what will happen rather than merely reporting what has happened. Great work.”

Ashish Shekhar
Chief Risk Officer Global Banking and Markets & Commercial Banking Asia Pacific, HSBC
Diana’s research combines data analysis, on-ground client feedback and her expert knowledge on China to put together a view that is independent, insightful and actionable. I have been following her research for many years, and am impressed by her deep understanding of financial markets, macroeconomic trends and policy impacts. A true subject matter expert, who is able to simplify and unravel even the most complicated issue.”

Riccardo Cannaviello
MD, Symmetry Advisors
Back in the early nineties I spent 5 years doing business development in Hong Kong and China for a financial firm. I ended up originating the largest IPO on Nasdaq at that time - Chinadotcom, the first Chinese internet company IPO. Since then, I've run across only one economist whose insights and analyses of China coincide with the subtle, non-obvious patterns that I picked up during my business development missions. That economist is Diana Choyleva.”

Rebecca Terner Lentchner
Head of Government Relations and Public Policy APAC, BNY Mellon
Diana's Choyleva is both insightful and enjoyable to follow. I regularly read her analysis and perspective on China which I find enormously valuable. With China dominating the headlines and market sentiment, now more than ever, she is a go-to source of information and knowledge. Her intelligence, analysis and easily digestible broadcast are a winning combination.”

Chriss Street
American Thinker
Enodo is the most credible source regarding China insight on the planet.”

Fraser Howie
Co-author of Red Capitalism, named Book of the Year 2011 by the Economist magazine
Diana Choyleva was one of the first China watchers to identify and warn of the slowdown in China. Bringing common sense and questioning analysis to bear, she saw the fundamental structural problems in the economy and the resulting consequences more clearly than many more-experienced observers, who were in denial. Diana is one of the people I want to read on China.”

Roland van den Brink
Founder, TrigNum BV
Enodo’s China News That Matters is concise and incisive weekly reading for anyone who wants to understand China. It is the only subscription I make time for as an investor. Discovering true trends in economic, financial and political news from China pays off. Proof? Two hundred percent return of an investment of around €140 million. That Matters.”

Jochen Siebert
Managing Director, JSC (Shanghai) Automotive Consulting
I always look forward to the next instalment of China News That Matters, as Diana Choyleva is not only a world class analyst of China, but also a great writer. Fun and educational writing is hard to come by and it’s hard to beat Diana in this discipline. Plus almost every time she points at important issues that I missed, although I read tons of material on China every day.”

IT Vendor Manager
at a large US Financial Institution
Enodo's curated news digests and thoughtful analysis help me stay in tune with the trade winds between the US and China. As an end buyer of significant amounts of technology hardware, either wholly manufactured or partly sourced in China, I need to know where the tariff regime between the two countries is heading. Enodo was the first to sound the alarm that the trade war was real and here to stay and unique in explaining the factors that drive the behaviour of decision makers. Enodo's grasp of Chinese politics and bureaucratic machinery is unrivalled and very enlightening to those of us trying to grasp the underlying dynamics from far away in New York.”