Enodo Insight
Clearing up Some Muddled Thinking About China’s Economy

I knew it was a mistake to read the papers on holiday the moment I opened the copy of The Economist entitled “Xi’s New Economy: Don’t Underestimate It”. I found myself disagreeing with most of the arguments in their lead article but agreeing with the conclusion. Today, I experienced the reverse when I read Michael Pettis’s article in the FT, “The problems with China’s “Dual Circulation” economic model”.

Michael argues that Xi Jinping’s concept of “dual circulation” introduced in May is just the same as rebalancing growth towards consumer spending and as such is not new. He then explains why rebalancing needs a massive shift in income to ordinary households and why this won’t be easy.

So far I agreed, but then he concludes that, “For dual circulation to work, internal circulation can only come at the expense of international circulation, and as this happens, wealth – and with it power – must be shifted from today’s elites to ordinary Chinese households.”

But this is not correct. China can achieve a higher consumption and export share if it manages to increase the slice of income that goes to labour but also cuts non-labour costs and/or boosts productivity. Over the past few years, the authorities have pushed ahead with lowering two key non-labour costs: electricity and logistics.

Nor does Michael address the production aspect of what “dual circulation” means. The focus on much greater self-reliance is in itself nothing new. But in the pursuit of home-grown development and technological progress, China under Xi has made substantial supply-side changes that should not be overlooked.

In fact, Xi’s economic agenda is aimed much more at production than demand. And while the transformations that have been taking place are not what Western analysts may call reforms, they have nevertheless led to changes within the economy that have critical implications, good and bad.

That is what The Economist’s lead article focuses on. It argues that, “China’s strongman leader is shaping a new form of state capitalism. Don’t underestimate it.” This conclusion is spot on.

Failure to understand China properly, as well as superimposing on the country either wishful thinking or the Western value system, has led to the US and Europe falling dangerously behind in dealing with what is now an aspiring superpower harbouring a very different vision of the global order.

It is fair to say that the speed of China’s catch-up growth and technological advances has surprised China itself, not just Silicon Valley or American policymakers.

At the onset, it was also difficult to foresee the ability of the Chinese Communist Party to be flexible and pragmatic and learn from its and others’ mistakes. But this is now clearly the case. It is why we should not underestimate the CCP and China.

The Economist leader and the longer briefing piece in the same issue make such a jumble of their arguments that I thought it would be useful to discuss them in detail.

True, “Mr Xi’s new economic agenda is to make markets and innovation work better within tightly defined boundaries and subject to all-seeing Communist Party surveillance.” The next sentence, however, is much more questionable: “It isn’t Milton Friedman, but this ruthless mix of autocracy, technology and dynamism could propel growth for years.”

Xinomics, The Economist says, has three elements – tight control over the economic cycle and the debt machine, a more efficient administrative state and the blurring of the boundaries between state and private firms. The first statement is far from correct, while the second is true and a definite plus. As for the third, the potential positives that The Economist sees are at best a stretch.

China has not found a way of controlling the business cycle. Oh, how the leadership wishes they could!

In fact, their attempts to counter economic gyrations by throwing money at the problem after the global financial crisis dealt a massive blow to China’s main source of genuine consumer demand, income from exports, and have led to a surge in debt. 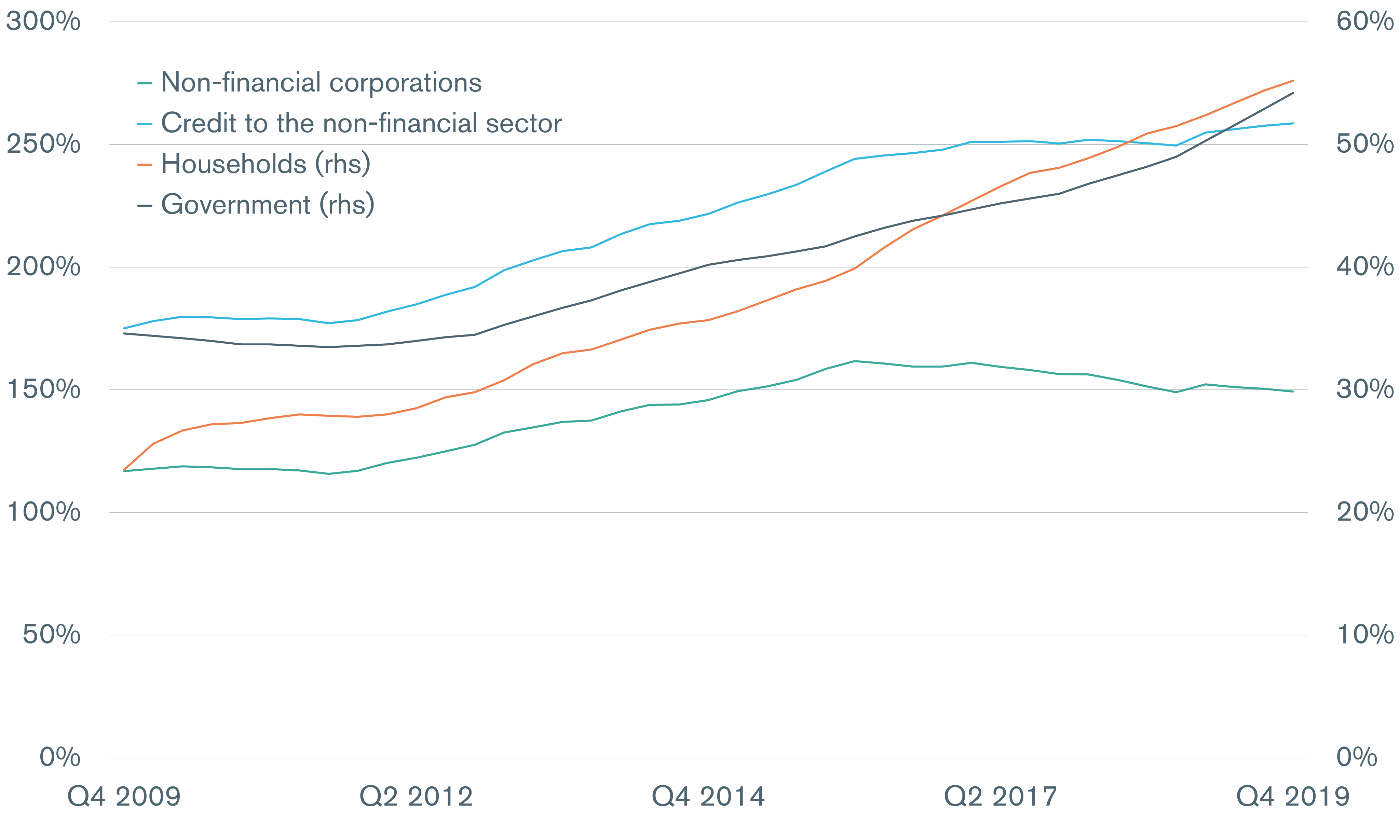 If the days of supersized fiscal and lending binges were over, it would be because China had run out of road. But in fact, Beijing is yet again swamping the economy with money in response to Covid-19, although it is at pains to present a narrative of restraint so as not to resurrect investors’ fear of unsustainable debt increases.

True, Beijing has made efforts to clean up bad debts and has encouraged the development of its bond market. But it was far from being out of the woods when the pandemic hit and has now resorted once more to the old model of credit-driven stimulus. So, China’s debt-to-GDP ratio is likely to exceed its previous peak even though the authorities have been pushing debt-to-equity swaps hard. And while more lending might be happening via the bond market, banks remain by far the largest holders of government debt.

Bonds by type of holder
% of total 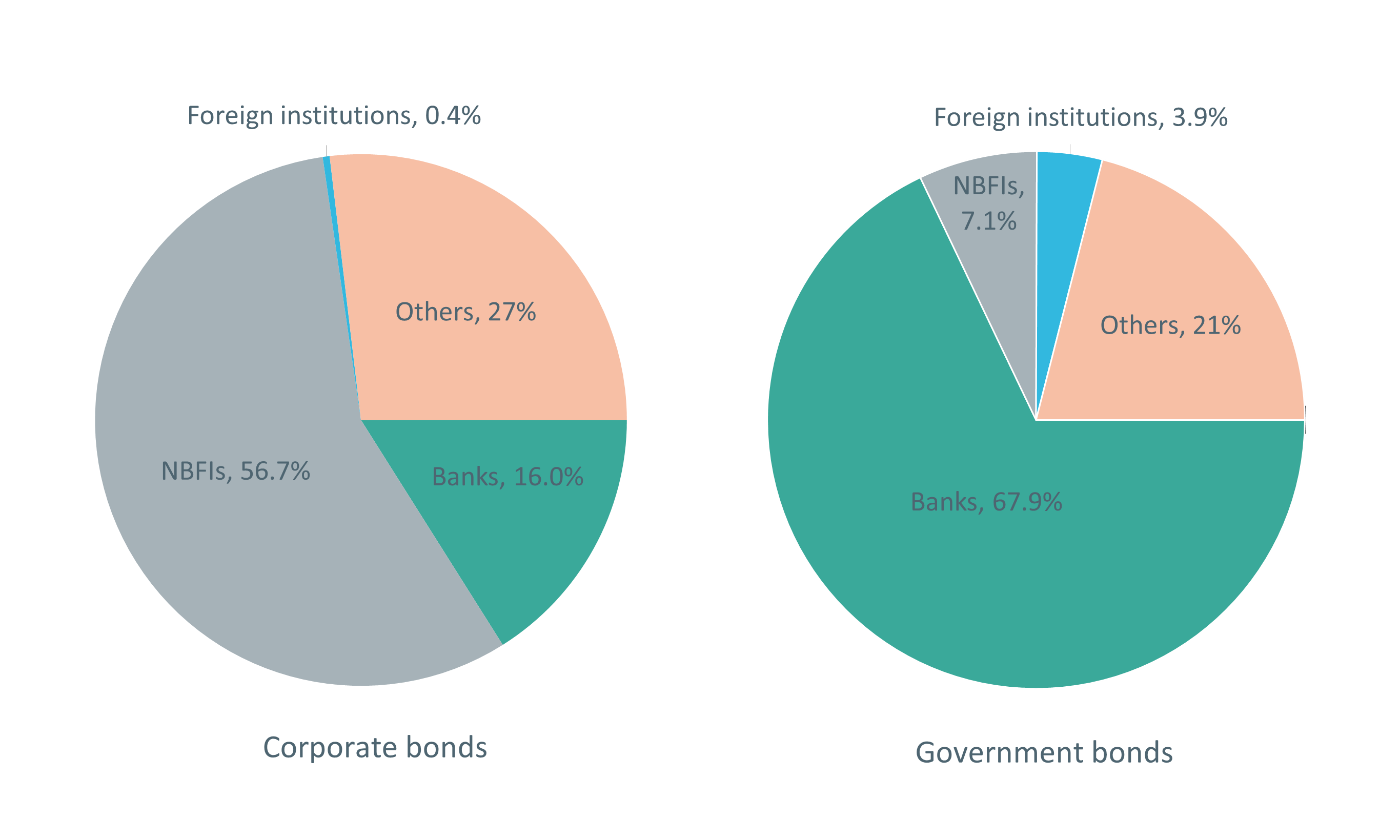 Cutting red tape and administrative fees is undoubtedly a good thing and fits in with the Western idea of reform. But blurring the boundary between state and private firms at best leaves an open question: will private firms help improve the way SoEs are run and increase profitability, or will badly managed, debt-laden SoEs end up dragging the vibrant private sector down.

The Economist goes on to say that entrepreneurs still have powerful incentives, because the maxim “to get rich is glorious” still applies. This could not be further from the truth.

Here it is important to dispel the myth that Deng Xiaoping said, “To get rich is glorious”. What he actually said when asked to square that phrase with communism, during a rare interview for America’s 60 Minutes programme in 1986, was the following:

“So to get rich is no sin. However, what we mean by getting rich is different from what you mean. Wealth in a socialist society belongs to the people. To get rich in a socialist society means prosperity for the entire people. The principles of socialism are: first, development of production and second, common prosperity. We permit some people and some regions to become prosperous first, for the purpose of achieving common prosperity faster. That is why our policy will not lead to polarization, to a situation where the rich get richer while the poor get poorer.” 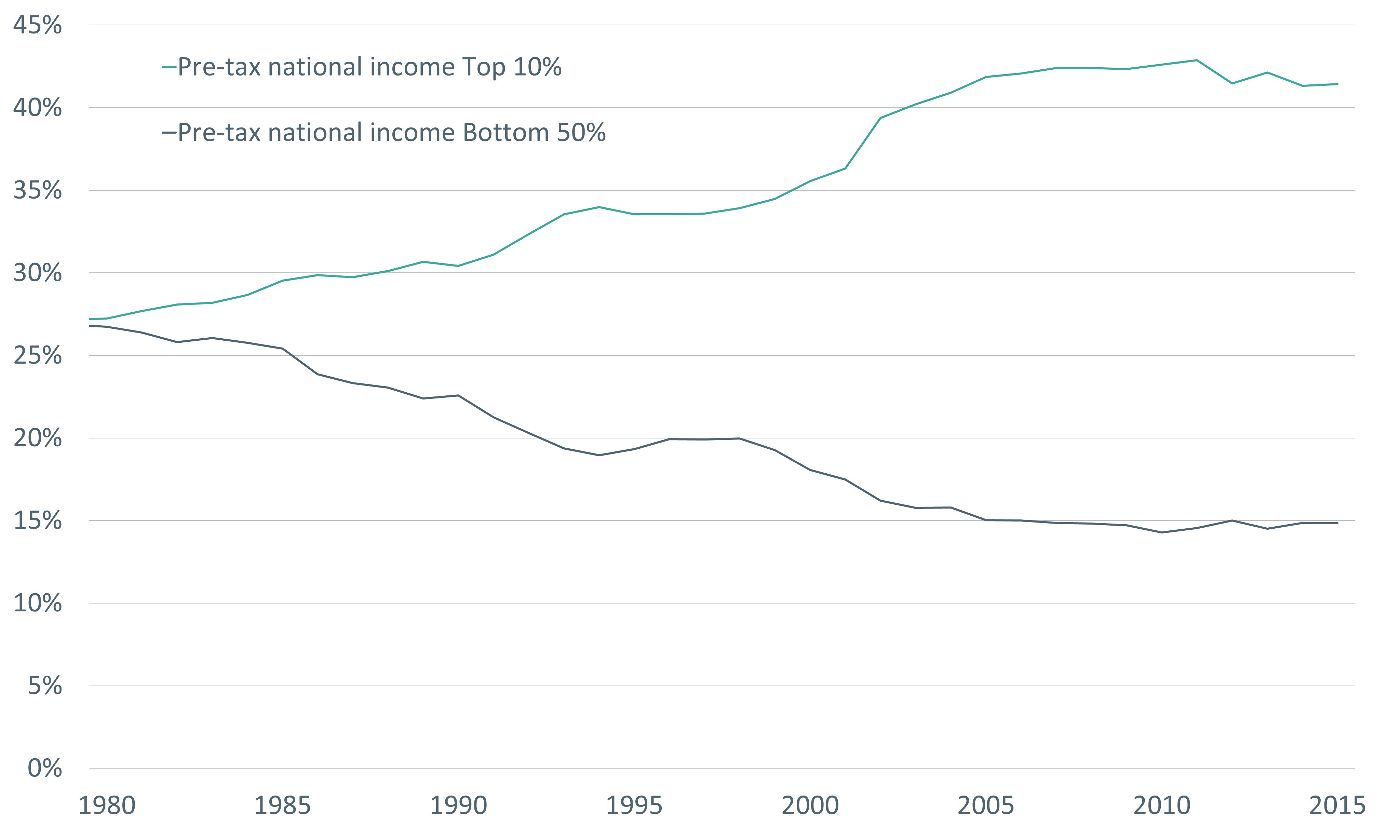 But while China has certainly developed the production side, income inequality has increased massively over the past 20 years. China has become one of the most unequal countries in the world – not a record to boast about in the same breath as proclaiming your pursuit of “socialism with Chinese characteristics for a new era”.

Xi views sky-high house prices in particular as widening the divide between rich and poor. For over three years he has been intoning the mantra that homes are for living in, not for betting on. The Chinese people are finally getting the message that Xi means business halting house price inflation: neither the trade war with the US nor the economic havoc wrought by Covid-19 has produced the dramatic easing of housing policy which has typically been part of China’s stimulus efforts in the past.

This is a fundamental change altering people’s incentives, and it certainly does not bode well for the needed rebalancing of the economy towards consumer spending.

Housing is the main asset of Chinese households, but they have always relied on expected capital appreciation rather than rental yields for their return. If Xi is successful at halting house price increases or even dampening them, the hit to consumer sentiment and spending will be profound.

Xi needs to couple his campaign against housing speculation with genuine reforms of the financial system so households can earn a decent return on non-property assets. As Enodo has argued repeatedly, that is the surest way to put more money in people’s pockets, thus boosting still pitifully low consumption and obviating the need every time a crisis saps economic growth to pump up investment with ever more debt.